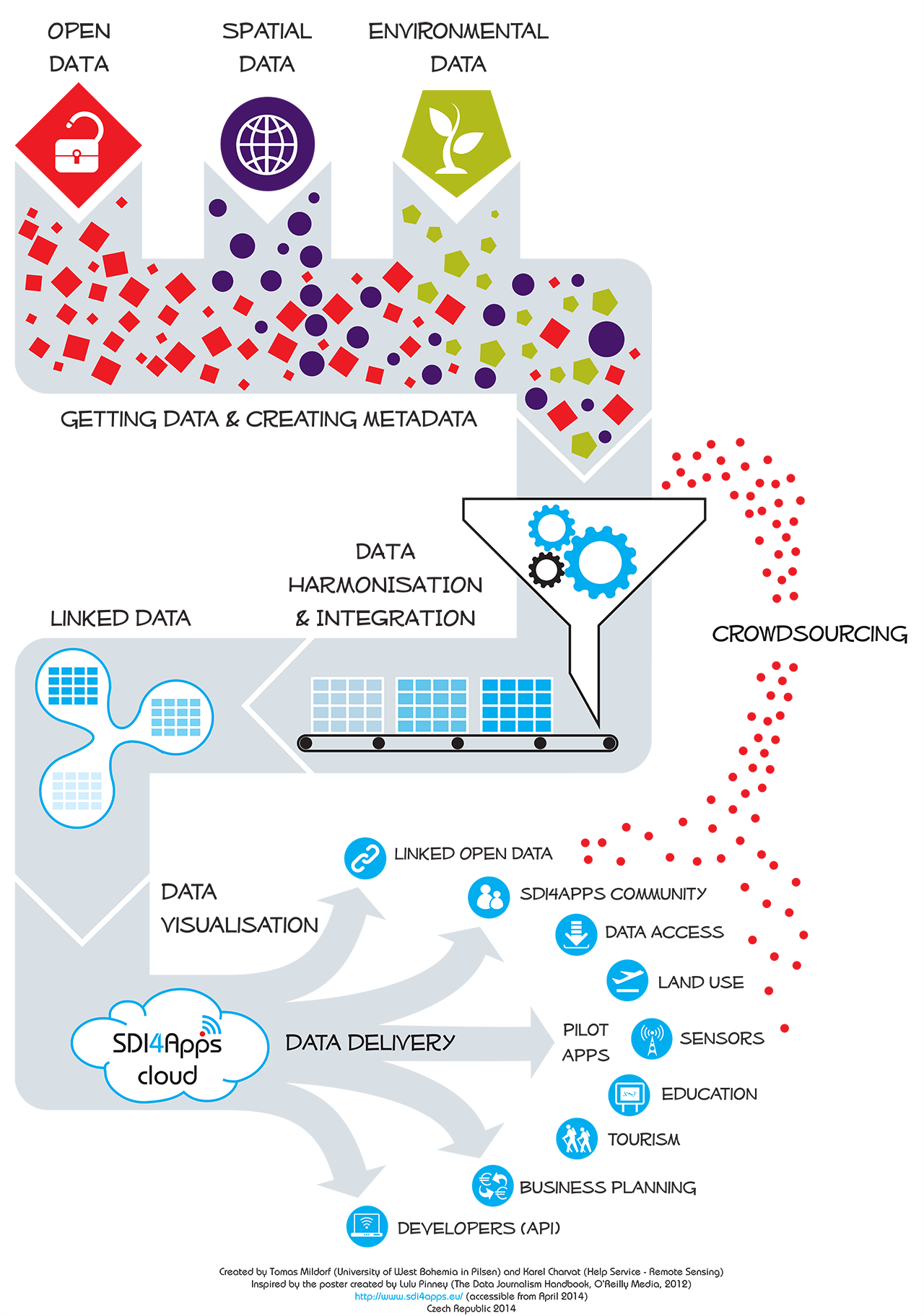 SDI4Apps is an EU-funded project managed by the University of West Bohemia from the Czech Republic. The project is being implemented with the concerted effort of 18 organizations across Europe. SDI4Apps seeks to build a cloud-based framework with open API for data integration focusing on the development of six pilot applications.

The project draws along the lines of INSPIRE, Copernicus and GEOSS and aspires to build a WIN-WIN strategy for building a successful business for hundreds of SMEs on the basis of European spatial data infrastructures.

The European SDI (INSPIRE) is based on existing data of member states, focusing on harmonisation and interoperable exchange of spatial data and services. The main target of SDI4Apps is to bridge:

SDI4Apps will secure that users profit from INSPIRE, and that INSPIRE profits from different voluntary initiatives, buy developing a WIN-WIN strategy for building a successful business for hundreds of European SMEs on the basis of INSPIRE, Copernicus and GEOSS.

The project has received funding from the European Union’s ICT Policy Support Programme as part of the Competitiveness and Innovation Framework Programme. Coordinator for the project is the University of West Bohemia in Pilsen, Czech Republic.

The main objectives of SDI4Apps are to:

As technical partner in the consortium, NORPLAN subsidiary Asplan Viak Internet has been developing components for the system architecture, participated in code camps, provided training and prepared reports.

If you are a consulting or engineering company who believe that you would strengthen your competitiveness through partnering with NORPLAN through joint venture, consortium or sub-contracting projects, please contact us at: partners@norplan.com

We build long-term relationships with companies whom we work with on projects both in Norway and internationally.

If you are an expert in your field and would like to work or freelance for NORPLAN, please express your interest to our human resources department at: careers@norplan.com

At this address we welcome inquiries about opportunities, statements of interest, personal CVs as well as project announcements from markets where you have particular skills or knowledge and believe that NORPLAN may add value.